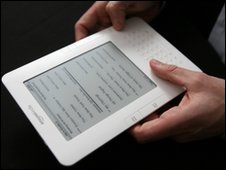 Google is set to launch its own online e-book store in 2010.

Google Editions books will not be tied to a specific device, unlike rival e-book company Amazon.

The Amazon Kindle is linked to books from the company’s own store and similarly with Apple’s iBookstore.

“It is a different approach to what most readers today have and the vision is to be able to access books in a device agnostic way,” said Google spokesperson Gabriel Sticker.

To date Google has scanned over 12 million books, both in-print and out-of-print, giving it a greater selection of material than either Apple or Amazon.

“Anything that puts more kinds of art in people’s hands in a way that fosters competition, innovation and creativty is good,” said Whit Andrews, a senior vice president of research for Gartner.

With books accessed through Google Editions readable on any web enabled device from a mobile phone to a netbook and from a tablet to a desktop, the implications are clear for e-book stores tied to a single device.

In particular researchers point to trouble ahead for Amazon which, despite not releasing any specific figures, has been the leader in the market. 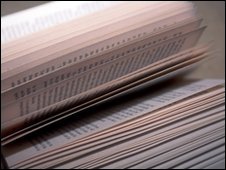 Google’s plans to digitize millions of books have been controversial.

Earlier this year the e-tailer said that throughout 2009, the Kindle was the most popular present in Amazon’s history and that it had sold more e-books than physical books on Christmas day.

Ahead of Apple’s iPad coming on the block analysts predicted pain for Amazon.

“Going forward, we can envision a scenario where Apple, Amazon, and Google eventually split the market,” Spencer Wang with Credit Suisse wrote in a report earlier in the year.

“Therefore, we expect Amazon’s share of e-books business to fall from 90% currently to about 35% over the next five years.”

Garnter’s Mr Andrews warned that Amazon has a lot to lose in this scenario.

“No company nor industry can see this Google entry as trivial. Anytime Google goes into business in your balliwick you had better be ready for a fierce battle,” he told BBC News.

He also said that while Amazon faces the biggest challenge a lot of its market share will be cushioned by the fact more people will be buying ebooks.

Credit Suisse figures estimated that while Amazon might lose its dominant position, the dollars generated from e-book sales will jump in the next five to six years to $77m (£51m) from $248m (£164m), as the market for e-books goes mainstream.

At this stage Google has not revealed how much it will charge users to access digital books through Google Editions.

In an interview with the New Yorker magazine, the company revealed the books will be purchased directly from Google and also from retailers who will keep the majority of the money earned.

“It’s much more of an open ecosystem, where you find a way for bricks-and-mortar stores to participate in the future digital world of books,” said Dan Clancy, Google engineer.

“We’re quite comfortable having a diverse range of physical retailers, whereas most of the other players would like to have a less competitive space, because they’d like to dominate.”

Google confirmed to the BBC that Google Editions will not be affected by the firm’s present legal troubles over trying to digitise millions of out-of-print books.

“Plans for Google Editions will happen independent of whatever the settlement agreement is,” said Google’s Mr Stricker.

The search giant’s efforts to create the world’s biggest digital library have been mired in legal action for the last couple of years.

Critics have long claimed Google’s deal with US publishers and authors would give them a monopoly over online book sales.

Google said it would make “millions of books searchable via the web”.

A ruling on the issue is due soon.

Posted via web from Dominique’s posterous